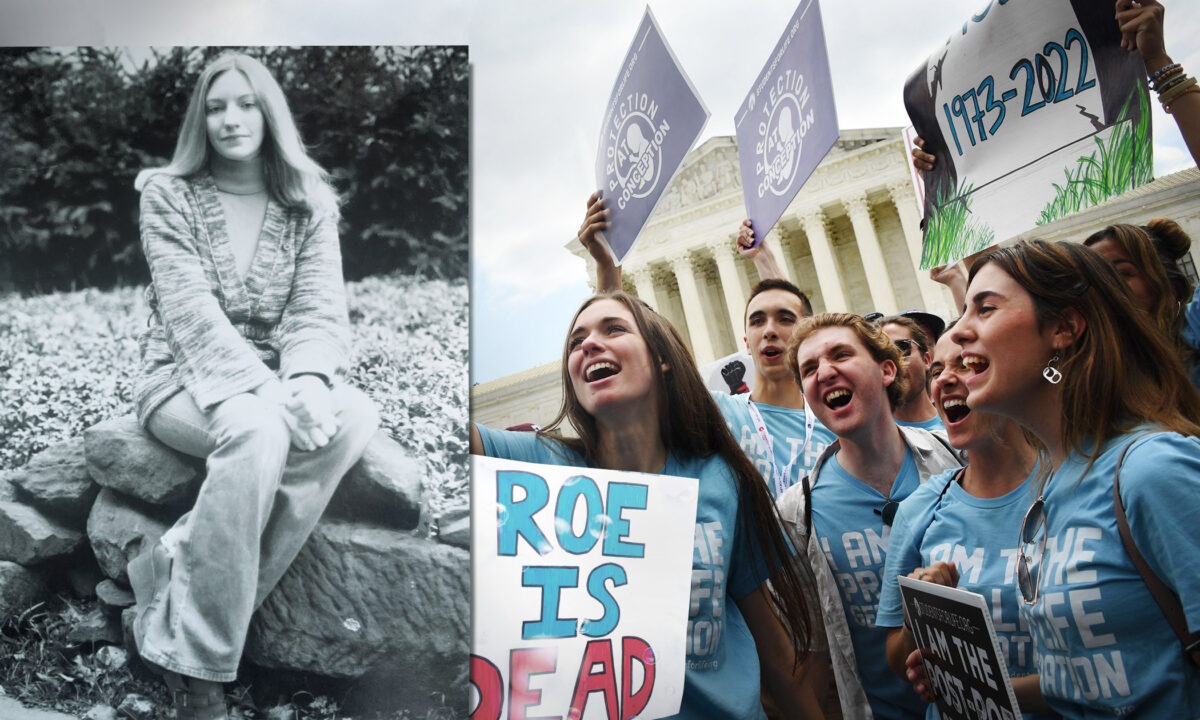 She was only 16, pregnant, and scared.

Now 67, Ballor still lives in Alliance, Ohio, where she was born. She recalled her road to recovery from having an abortion at a young age—and now witnessing Roe’s historic overturning a full 50 years later.

Her parents didn’t know better. Lacking guidance, Ballor conceived out of wedlock with her then boyfriend and, fear-driven, she visited a Canton Planned Parenthood where she was told her unborn baby was just a “lump of cells,” like a “tumor.”

She now agonizes over how foolish she was.

“I look back and I think, ‘How could I believe something like that?’” she told the newspaper. “This was not something that was sometimes said; it’s been said over and over and over. They stopped saying it publicly so much because there’s so much science that they have to refute, but one-on-one? Oh yeah.”

Tossing in the words “and no one will ever know” feigned the escape she (like other scared young women) was looking for.

Ballor fielded the idea to her boyfriend. He said it was entirely her choice. She felt no fatherly commitment from him should she carry the pregnancy through, but he paid for her flight to get the abortion out of state, at the Dobbs Ferry Planned Parenthood facility in New York. Abortion wasn’t illegal in Ohio then, but facilities were lacking.

Looking back, the idea of a minor crossing state lines for an abortion sounds crazy—possibly even criminal. But Planned Parenthood didn’t care.

“They didn’t care that someone of age took me across state lines to have an abortion,” she recalled. “I was 16 years old; I was a minor. They could care less.”

He joined her on the flight, but was relieved when he had to wait at the airport upon the clinic station wagon’s arrival to pick up Ballor—with 5 or 10 other women who made the trip for the same reason. She envisioned her boyfriend chasing her, pleading for her not to go through with it. But as they pulled out, there was no turning back.

“I suddenly felt like I was moving along a conveyor belt with other silent, sad, and hopeless women,” she told Live Action. “From that point, I simply moved like a robot through the process, suppressing any thoughts and feelings. Looking back, I really didn’t need the sedative they gave me; my mind was already sedated with hopelessness.”

The Dobbs clinic, she described, was a “huge facility,” “like a hospital” for abortions. Neither she nor the others got counseling like they were supposed to before the procedure.

“Somebody asked, ‘Do you have any questions?’ Well, who’s going to ask a question?” she said. “And who’s going to say, ‘I’m not sure I want to do this?’ I just flew in from Ohio.”

Ballor tried to tune out the sounds and smells inside that cold, sterile room. The doctor told her, “Relax, this won’t take long.” And it didn’t. Afterward, she heard the weeping of other women in the waiting room. Her own tears started rolling down her cheeks.

“I never felt such emptiness and despair in my life,” she said. “I had been deceived into thinking my baby was just a blob of tissue. But I immediately wiped my eyes, gritted my teeth, and told myself not to cry because I had chosen to do this. Nothing could bring my baby back. I vowed to pretend this never happened. So, I walked out of that place of death and despair the same way I walked in, like a robot going through the motions. I lived in denial for a long time.”

In her own words, Ballor had killed her child. She knew it immediately. “I’ve heard this from other women too,” she said. “You don’t feel empty after you’ve just had a tumor removed.” She shut down emotionally and spent decades in denial, suppressing the demons plaguing her for what she’d done.

Falling Into Despair Before Finding Faith, Healing, And Becoming Pro-Life

Through college and her career as an elementary teacher, she sought intimate relationships out of wedlock, as sexual promiscuity was accepted, “the normal thing,” she said. “Today, it’s even harder to consider the consequences of having sex;” our bodies are precious vessels not to be thrown away “because some guy tells you he loves you.”

Subconsciously, she sought callous and abusive partners, to the extent that her former fiancé broke into her apartment and raped her at gunpoint. Out of guilt, she felt “unworthy,” like she deserved this awful treatment.

“That’s the kind of path that I was on, and I was abusing alcohol and drugs,” she shared. “I was still keeping [appearances] outward, I was able to start teaching … but nothing was satisfying. I wore a good face; I was a good actress: ‘everything fine.’”

Snowballing into the breech of utter desperation, holding a bottle of tequila in one hand, a handful of Seconal in the other, she prayed, “God, if you exist and if you think my life is worth anything anymore, please, please help me!”

What came next was a miracle.

“The answer pierced my soul not in words but in the form of an instant knowledge that I was loved by an indescribable, unfathomable love that seemed almost impossible,” she told Live Action. “I felt wrapped in a warmth and peace I cannot describe. Yes, God loved me, and my life had meaning. My parents had not provided a religious upbringing, so I would spend three decades searching to know this God who told me He loved me.”

For Ballor, it was a turning point. She described divine forces leading her toward pro-life activism, first in Washington D.C. (where nobody knew her) where she joined a protest impromptu, asking to carry a sign saying “I regret my abortion.”

Ballor’s converting to Catholicism, joining the abortion healing program “Heart,” and becoming a pro-life “defender of life” were all bricks she laid on her path of healing in the years that followed.

An activist role took shape: as educator, imparting to women the truth she so needed as a teen; as walker in the March for Life; and as speaker with the Silent No More Awareness campaign, offering her testimony on the steps of the Supreme Court.

The Supreme Court struck down Roe v. Wade—a full 50 years after Ballor’s abortion. She was “jubilant.”

“I was praying outside of Planned Parenthood that day, I just happened to be there—that was my regular day to go and pray at Planned Parenthood,” she said. “My prayer partner and I—our phones started going off, and I just fell to my knees.

“I was crying, I fell to my knees, and started praying, thanking God for this.”

The landmark decision is just the beginning, she admits. “But it was a gift.”

The end of Roe dethrones the protected status of abortion under the federal government; the matter of legality now falls into the hands of individual states and the people.

Now, “the fight is going to be in the states,” she said, changing hearts and minds while warding off federal pro-abortion challenges.

Far from the acts of vandalism and disturbing demonstrations initiated by abortion advocates like Jane’s Revenge, Ballor’s activities involve education, telling her story, and revealing the truth of what abortion really is.

It’s time for the groundwork for replacing abortion facilities with pro-life health centers to expand, said Ballor. And whom does she credit for this?

“Our pregnancy centers outnumber all the Planned Parenthoods and the abortion facilities,” she added. “I truly believe God’s timing was to give the pro-life movement and especially pregnancy health centers a chance to really build up … and take care of those people after abortion becomes illegal.”