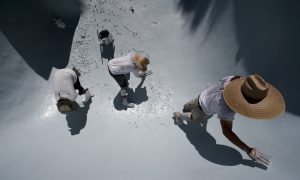 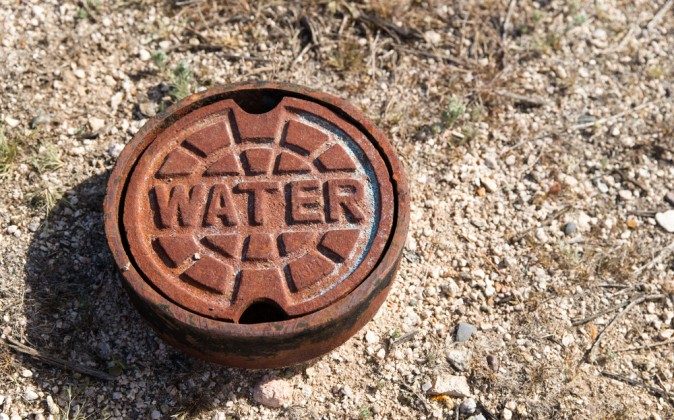 Unless California gets some heavy rain, and soon, the state’s roughly 38 million residents will eventually be up a creek without a paddle — or without a creek, for that matter. The latest media reports indicate that some 14 communities throughout the state are now on the verge of running completely dry, and many more could join them in the coming year if conditions remain as they are.

A few months ago, the official count was 28 communities bordering on complete waterless-ness, according to the Water Resources Control Board. Those that have since dropped off the list were able to come up with a fix, at least for now. The other 14, though, face an unprecedented resource collapse that could leave thousands of Californians with no other choice but to pack their bags and head to greener pastures.

“It’s a sign of how severe this drought is,” verbalized Bruce Burton, an assistant deputy director for the board, to the Los Angeles Times about some of the drastic measures being taken. For the first time ever, the water board has begun tracking communities throughout the state that are bordering on complete water loss, a situation that has never before occurred.

Most of the communities on the brink are located in California’s Central Valley, the “food basket” of America that The New York Times (NYT) once declared to be the nation’s greatest food resource. Most of America’s carrots are grown there, as are the bulk of salad greens, almonds and citrus fruits that we all take for granted — but that could soon disappear due to the continued drought.

In some stricken areas, water facilities have been able to secure temporary supplies from neighboring communities as they figure out longer-term solutions. In Siskiyou County near the Oregon border, the city of Montague was actually able to construct a brand-new irrigation ditch to transport water from a lake 25 miles away, replacing an old ditch that had run dry back in April.

While most of the communities facing total water depletion are relatively small in size, with only a few thousand residents each, the prospect of larger communities also becoming affected is increasingly likely. Tom Quinn, the executive director of the Association of California Water Agencies, says that, if the drought continues, many of the more iconic regions of California will suffer.

“If this drought keeps on going, some larger, more sophisticated communities are going to be in trouble next year,” he told the LA Times.

Mountains Shifting Due to Water Losses

It isn’t just that no new water is coming into California — underground aquifers and other former backup sources are also running dry. According to research published in the journal Science, the entire Western United states has lost an astounding 240 gigatons of water since 2013, an amount equivalent to 1 billion tons.

In spatial terms, this amount of water could be spread out across the entire Western U.S. in a solid 10-centimeter sheet, constituting about 63 trillion gallons, or enough to fill 75,000 football stadiums. This loss has not only altered the gravitational field of California, according to the study, but also caused mountains throughout the state to rise up out of the ground in some areas.

“100 percent of the state is in drought, with 82 percent of the land designated as in ‘extreme’ or ‘exceptional’ drought, the highest levels on the U.S. Drought Monitor scale,” explains the National Journal. “Thirty-seven million people are affected by the drought.”