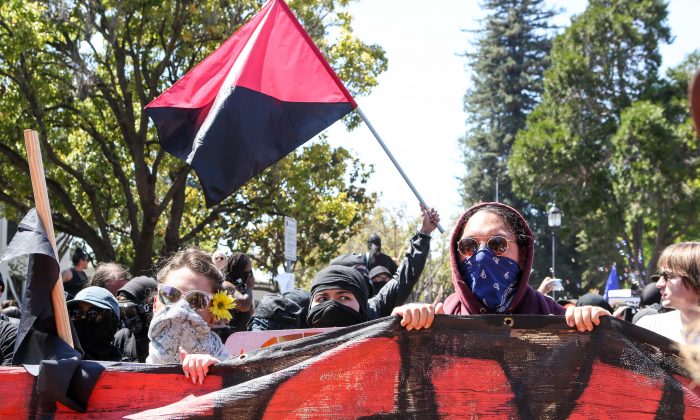 More than 120 retired U.S. generals and admirals signed an open letter warning that the United States is embroiled in an existential fight and urged “all citizens” to get involved in local and state politics.

“We are in a fight for our survival as a Constitutional Republic like no other time since our founding in 1776. The conflict is between supporters of Socialism and Marxism vs. supporters of Constitutional freedom and liberty,” states the letter (pdf), which was signed by 124 former military leaders, released by “Flag Officers 4 America.”

The letter also posited that opposition to proposed bills and laws that would strengthen election initiatives has troublesome implications.

“Election integrity demands insuring there is one legal vote cast and counted per citizen. Legal votes are identified by State Legislature’s approved controls using government IDs, verified signatures, etc. Today, many are calling such commonsense controls ‘racist’ in an attempt to avoid having fair and honest elections,” the letter states.

According to the Flag Officers 4 America website, it’s a group of former military leaders who “pledged to support and defend the Constitution of the United States against all enemies,” whether “domestic” or “foreign.”

“China is the greatest external threat to America. Establishing cooperative relations with the Chinese Communist Party emboldens them to continue progress toward world domination, militarily, economically, politically, and technologically. We must impose more sanctions and restrictions to impede their world domination goal and protect America’s interests,” the letter says.

Other threats they listed include the United States reentering the Iran nuclear deal, illegal immigration, and the stoppage of the Keystone XL Pipeline project. President Joe Biden issued an order halting the pipeline project early in his presidency.

Meanwhile, amid the COVID-19 pandemic, the retired military leaders said that lockdown orders affecting schools and businesses are tantamount to “population control actions.”

“We must support and hold accountable politicians who will act to counter Socialism, Marxism and Progressivism, support our Constitutional Republic, and insist on fiscally responsible governing while focusing on all Americans, especially the middle class, not special interest or extremist groups which are used to divide us into warring factions,” the letter states.

The letter concluded by urging “all citizens to get involved now at the local, state and/or national level to elect political representatives who will act to Save America, our Constitutional Republic, and hold those currently in office accountable.”

Some former military members questioned the purpose of the letter.

Retired Adm. Mike Mullen, former head of the Joint Chiefs of Staff, said that the letter “hurts the military and by extension, it hurts the country” and said it contains GOP “talking points,” according to Politico.

Meanwhile, in France, dozens of retired generals were sanctioned after they recently sent a letter warning about a possible civil war over the “protection of our civilizational values.” They blamed France’s leadership for not dealing with what they described as unfettered immigration into the country.