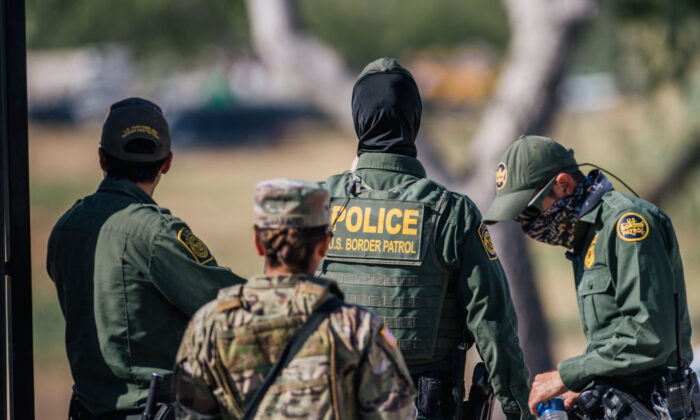 According to Breitbart, the immigrants were trapped in the locked cargo area.

Sabri Y. Dikman, Tuscon’s acting chief patrol agent posted an image of the immigrants on Twitter, including a small child. Border Patrol agents found the illegal immigrants during a stop in Arizona near the southern U.S. border.

Eleven migrants, to include a small child, were discovered in a U-Haul with no means of escape. Douglas Station #BorderPatrol agents foiled the smuggling attempt after stopping the vehicle east of Douglas, #AZ. The U.S. citizen driver will be prosecuted. #HonorFirst pic.twitter.com/JCnBSFazWp

Earlier this year, Border Patrol agents uncovered a human smuggling operation in Texas where 33 illegal immigrants were reported to be “close to perishing due to excessive heat” in a U-Haul truck.

“Had our heroic agents not been able to free these trapped undocumented migrants, we could have seen 33 miserable deaths in this event,” Border Patrol’s Big Bend Sector Chief Sean McGoffin told KVIA. “Smugglers do not care what type of misery they put people through as they take their money.”

Arrests at the U.S.–Mexico border topped 200,000 in both July and August this year. Border agents apprehended 208,887 people in August, more than a four-fold increase from August 2020, according to Customs and Border Protection data.

Nearly 65 percent of illegal immigrants caught in 2021 were single adults, while approximately 27 percent who were arrested were part of a family unit. About 8.6 percent of those apprehended were unaccompanied children.

The number of border arrests has risen for 16 straight months, starting during the Trump administration, after hitting a low of just 17,106 in April 2020, shortly after the COVID-19 pandemic began.

Currently the total number of border encounters for this fiscal year sits at 1.54 million, as of August 2021. Depending on the September update, the Biden administration could eclipse a fiscal year record. The current record is 1.64 million, set in 2000.

Since taking office earlier this year, the Biden administration has reversed several policies put in place by the Trump administration. President Joe Biden has attempted to overturn the “Remain in Mexico” policy, a move that was blocked by a Texas district court in August. The administration has also suspended construction of the border wall.