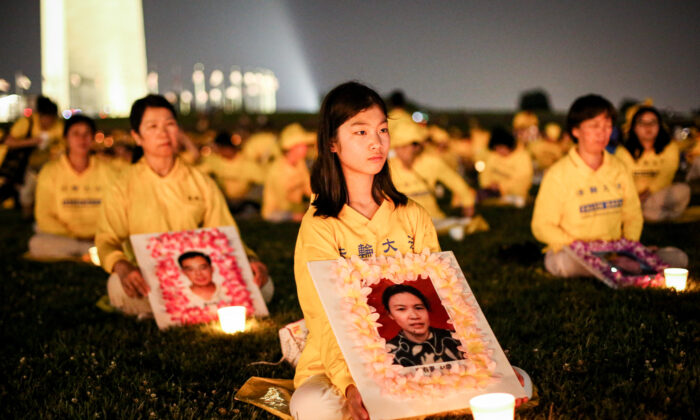 In the past 10 months, the Chinese Communist Party (CCP) has persecuted to death 101 Falun Gong practitioners, according to Minghui.org, a U.S.-based website that documents the nationwide campaign.

The death cases involved 54 cities in 24 provinces. The majority of cases were concentrated in northeastern China’s Liaoning, Heilongjiang, and Jilin provinces. Some of the reported deaths occurred in police stations, detention centers, and prisons, according to Minghui.

Additionally, at least 75 of the total had experienced torture, forced labor, and unidentified drug injection prior to their demise.

Falun Gong, also known as Falun Dafa, is a spiritual practice that features three core tenets of truthfulness, compassion, and tolerance, along with five slow-moving exercises. After it was made public in 1992, its following in China surged to between 70 million and 100 million by 1999. Then, the Chinese regime, deeming the practice’s popularity a threat, launched a nationwide persecution campaign to eradicate it.

On Dec. 22, 2020, police officers from northwestern Lanzhou city, Gansu Province, sawed down the front door of a Falun Gong practitioner’s apartment. Police confiscated property from Ren Canru, an elderly, paralyzed woman, including her computer and printer. They also arrested the nurse taking care of Ren.

Both Ren’s mental and physical health began rapidly deteriorating after the raid, according to Minghui.

The elderly woman went into a coma after taking a fall on July 27, 2021. One week later, she died at age 85 in the ICU of Lanzhou General Hospital.

Ren’s husband and son, also followers of Falun Gong, passed away 10 and 20 years prior respectively.

Another practitioner passed away after being held in a women’s prison for less than two months. Fu Guihua, 55, died on July 25, after she was transferred to the No. 1 Hospital Affiliated to Jilin University.

After emergency care failed to save Fu, her family requested a chance to look at her one last time. The request was not honored until days later, and on the condition that no photos would be taken.

Several of Fu’s relatives are still imprisoned for their faith.

Another practitioner was arrested from his farmland in Dongrulai village of Shandong Province on June 18. The next day, officials informed the family of Sun Pijin that he had died in custody, according to Minghui.

Officials from the local 610 office, a branch of the government tasked with religious suppression, told Sun’s family he had leapt from a roof to his death. However, the family was not initially permitted to see Sun’s body.

When they finally saw him, he looked disfigured. One of his eyes was missing, and both his chest and half of his skull were caved in.

Officials and police later threatened the family against contacting other Falun Gong practitioners, filing lawsuits, or sharing the news with others. One week later, on June 26, authorities coerced the family into cremating the body and closing the case.