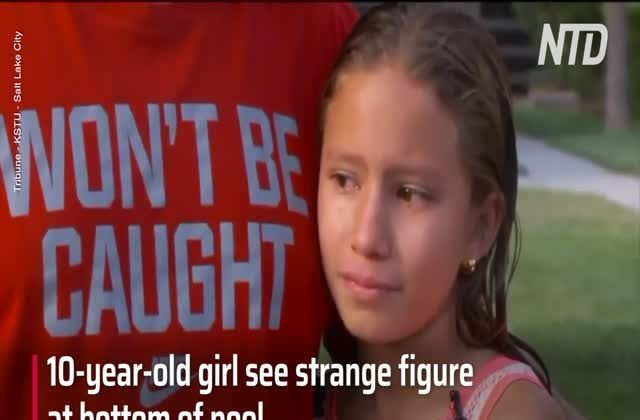 10-Year-Old Girl Notices Strange Figure In The Water—When She Realizes What It Was, She Freaks Out

A 10-year-old girl has recalled a horrific experience after she noticed that a 4-year-old girl was drowning in an apartment complex swimming pool.

Mareangel Hernandez was swimming in the pool at around 7 p.m. at the decker lake apartments in Utah on June 5 when she noticed a figure at the bottom of the pool. She then realized it was a child whose head was upside down with feet pointing up, reported Fox 13.

“I was swimming and I saw the girl; she was like with her hair, her head was looking down and her feet went up,” Mareangel told the news station.

The 10-year-old then quickly yelled out to her father who was at the edge of the pool. Without thinking, her father Carlos Hernandez jumped into the pool and lifted the drowning girl out of the water, trying to keep her head above the water. He then struggled to move the child out of the pool.

“I was scared and I was telling my dad to be careful and then I carried her to the floor,” Mareangel recalled.

Once the child was out of the water, Carlos started doing chest compressions and was able to revive her. At the time, police also arrived and the girl was eventually taken to the hospital in an extremely critical condition, police said.

Police added that the child would not have survived if Carlos had not jumped in to save her.

Residents told the news station the 4-year-old was trying to reach for a floatie when she fell into the deep end.

Mareangel said she is glad the little girl could be saved and that she thinks her dad is a hero.

The Utah Safety Council has published a number of tips to remind parents about water safety. Some tips include:

– Never leave a young child unsupervised in or around water, even for a moment, and never allow children to swim without adult supervision.

– Children should swim only in designated and supervised swimming areas.

– Always designate a responsible adult to serve as the “water watcher”—a supervisor whose sole responsibility is to constantly observe children in or near the water.

– Install barriers of protection around your home pool or spa in addition to the fencing, such as pool alarms, pool covers, door alarms or locks.