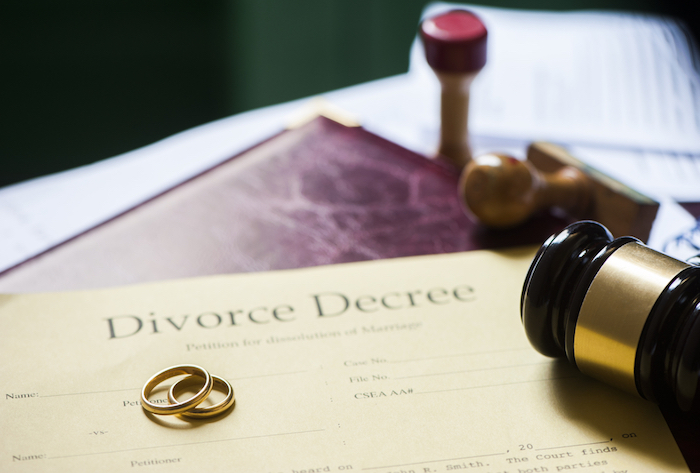 It’s not news that U.S. divorce rate hovers around 50 percent. It seems more and more that divorce is no longer an anomaly—in fact, it might even be considered a norm. But have you ever wondered why the numbers run so high?

According to “Human Intimacy” by Frank D. Cox and Kevin Demmitt, there are 10 reasons America’s divorce rates are through the roof.

1. Personal Reasons: Most couples cite personal reasons as the source of their divorce. This includes a wide sweeping range of issues, but researcher Paul R. Amato summarizes it like this: “Longitudinal studies show that predictors of marital disruption include domestic violence, frequent conflict, infidelity, and a number of perceived relationship problems, a weak commitment to marriage and low levels of love and trust between spouses.”

2. America’s High Expectations: Historically, a spouse was an economic choice. It promised security, companionship, and perhaps the possibility of romance if you were lucky. Now, the expectation is that the spouse should be a best friend, a parent to children, a lover, an adventure buddy, etc. These may not be misguided expectations, but experts see a problem when people begin to expect their spouses to fulfill every single relationship role in their lives. Unreasonably high expectations lead to greater disappointment.

3. America’s Autonomy: Arranged marriages are largely a thing of the past now that Americans chose their own spouses. Because of this choice, many decide not to marry at all. Those who do, however, can feel the “grass is greener” phenomena and feel they chose wrong.

4. America’s Changing Gender Roles: The shift to more fluid gender roles means that both spouses are often in the workforce, causing conflict over childcare, schedules, and housekeeping responsibilities. Not all gender role changes have negative effects on marriage, but they definitely create more possible conflict areas.

5. America’s Workplace Equality: Speaking of women in the workforce, it’s a relatively recent reality that women could earn an income large enough to support a household. This gives her the ability to leave an unhappy marriage. In the past, women had no economic alternative to staying with a spouse, but now that they are able to be the primary breadwinners, they more often chose to exit a difficult marriage.

6. America’s Heterogeneity: Americans claim a plethora of individual value systems, religions attitudes, ethnicity, and family backgrounds. We rub elbows with each other every day, so the chances of marrying someone with a vastly different viewpoint is not uncommon. These differences are not always irreconcilable, but it makes it more difficult to establish a harmonious marriage.

7. America’s Mobility: As Americans we go where we want when we want, and with established freeways and airways things like relocation is commonplace. This takes couples away from the rich support systems of family and community, and without their support, marriages crumble.

8. America’s Social Unrest: The general health of society plays a huge role in the stability of marriages. Social upheaval and economic challenges such as many of us experience today create excess strain on families.

9. America’s Acceptance of Divorce: It’s no longer quite the taboo that it once was to be a divorcee. With more lenient marriage laws and a growing social rejection of the stigma, it becomes easier for couples to run with the herd toward divorce.

10. America’s Personal Challenges: There are numerous risk factors that make marriage more difficult, including poverty, job loss, and early marriage. Studies show that factors such as teen marriage, poverty, unemployment or a lower level of education than your spouse predict higher rates of divorce. Ultimately it is hard to give what you don’t have, and when someone is experiencing personal setbacks it becomes more difficult to be in a successful relationship.

Overall, not all these factors are in themselves negative. Several of these factors could be lauded as beneficial advances in society. Regardless of how you feel about each individual factor, something is clear; the landscape marriages find themselves in has dramatically changed in America. In what ways will we choose to navigate the uncharted waters?