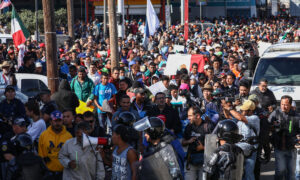 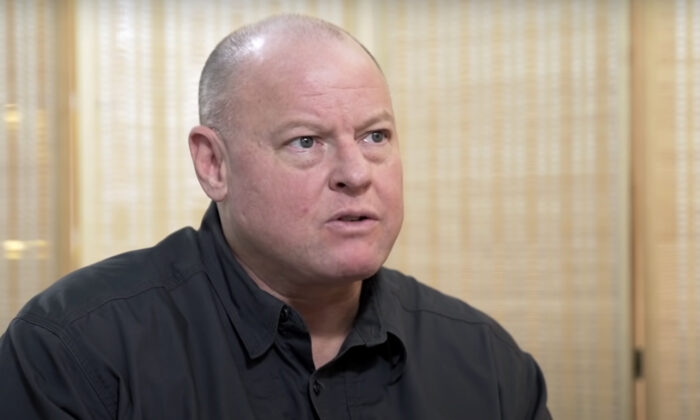 Roughly 10 percent of migrants who journey on the 7- to 10-day walk through the inhospitable Darien jungle, which extends into Panama from Colombia, don’t survive, according to war correspondent Michael Yon.

Yon, an investigative journalist and war correspondent who has spent three months interviewing people who’ve made the perilous trek through the Darien Gap, says the journey is full of dangers, including being robbed, getting caught up in flash floods, muddy waters, falling off cliffs, and contracting yellow fever or cholera.

Aside from natural hazards, Yon said that based on his reporting, many women, particularly Haitians and Cubans, are raped and killed as they make the journey through the dense stretch of jungle to come north.

The Darien Gap has become one of the most important routes for illegally trafficking migrants—mainly Africans, Cubans, and Haitians—who try to reach the United States by passing through Central America.

“It’s very dangerous in there. I would say based on the many interviews over the last three, three and a half months, about 10 percent actually die,” Yon told NTD’s “The Nation Speaks.”

“I’ve heard other people say only 1 percent or whatever, they’re completely wrong,” he continued. “It depends on which route they take, and they take the hard route.”

Based on interviews he has conducted in the past three months, Yon estimates that at least one in 10 people who enter, don’t make it out, while the majority of those who do survive come out with some sort of injury, disease, and haven’t eaten for roughly a week—the length of time it takes to complete the trek.

“This is some of the wildest jungle in the world,” Yon explained. “This one is particularly bad … for many reasons. One is the mountains, another is it’s just so much rain. Yellow fever is endemic, and there are flash floods that kill tons of people. I don’t mean every once in a while.”

Yon said that last week, 10 out of a group of 20 people from Senegal died in the Darien Gap. At least one died in a flash flood, and at least one fell off a cliff. He said he’s unsure exactly how the other eight people died.

“What we do know from the many, many interviews, is that the people that we do find who come out, if we ask them, ‘did you see anybody die or any dead people?’ Almost every one of them will say that they saw somebody die or dead,” he said.

The number of illegal crossings at the southern border has spiked since President Joe Biden took office on Jan. 20. For the month of April, Border Patrol agents encountered over 178,000 illegal immigrants, according to the latest statistics. This is up from just over 173,000 individuals encountered in March.

“If he would have done nothing, we would have had right now the strongest border in history,” Trump said in an interview with Dick Morris on Newsmax in May. “All he had to do is nothing.”