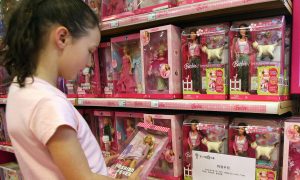 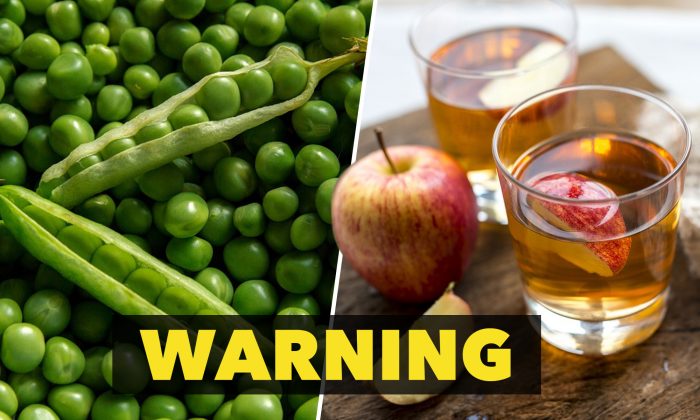 Whether you know it or not, a lot of the food on the shelves of American grocery stores comes from China. But it’s not just China’s food that we’re carrying around in our shopping carts; it’s also China’s numerous food safety issues.

A number of scandals have stirred China’s food production industry in recent years. According to a Food and Water Watch report, the business environment in China encourages food manufacturers to cut corners, often resulting in the use of toxic chemicals in place of healthy, natural ingredients.

Sure, food from China might be cheaper, but penny-pinching may come at a price. Here are 10 foods made in China that you might be smart to avoid!

If you eat tilapia, then the likelihood is that it came from China; 80 percent of America’s tilapia has journeyed 7,200 miles to get here. Tilapia, however, are bottom feeders, and some major Chinese fishing areas are contaminated with trash, heavy metals, industrial waste, and even chemical fertilizers. Whatever the fish eat, you eat.

The Healthy Fish advises that fish being fed “a sustainable diet of US-grown grains and cereals are the best choice.” Start reading those labels or consider finding a new favorite fish dish!

Half of the cod you’ll find in America comes from China. There are few restrictions in China when it comes to exporting cod, and Chinese farmers breeding fish in squalid conditions often use large doses of antibiotics to keep them alive. That filth and those drugs end up accumulating in our bodies when we eat the cod. Quite frankly, yuck.

Americans love apple juice, but around 50 percent of all apple juice sold in the United States comes from China. According to BBN, China produces (and uses) more pesticides than any other country in the world, but slack regulations mean that these pesticides are rarely listed on food labels.

Buy local or even make your own apple juice at home from a local, organic supply.

A third of our processed mushrooms come from China. But again, owing to those slack agricultural regulations, we have no way of knowing exactly what conditions they were grown in. According to Straits Times, mushroom suppliers in Shanxi, the capital of Xian in northwestern China, even used “strong chemical additives to bleach mushrooms so that they would appear fresh.”

The milky-white, pungent-smelling liquid had the potential to cause kidney failure and even death when ingested, the reports warned.

Much like mushrooms, China supplies almost a third of all the garlic sold in America, but pesticides such as methyl bromide are heavily used in Chinese garlic production. Not only do they give the garlic an unpleasant aftertaste, but they are not safe to ingest.

According to The Washington Post, China has not made significant progress in redressing the food safety regime that once produced melamine-laced baby formula and poisonous dog biscuits. These poor food safety standards are a problem, because we eat chicken that has been processed in China and we eat a lot of it.

Allegedly, there is a fraudulent grain in our midst. Straits Times says that “plastic rice, reportedly made from potatoes, sweet potatoes, and synthetic resin,” was being made, sold, and exported in a number of Asian countries (including China).

These rumors have yet to be officially confirmed, but the collective antennae are twitching.

Numerous reports have circulated that a vendor in China was caught selling fake black pepper made from mud. The vendor was never identified, but The Independent claims that it is this anonymity that has “helped food fraud to thrive.”

We all use salt. But salt produced for industrial purposes surely has no place at the dinner table.

In June of 2017, Chinese authorities busted a husband-and-wife duo in Guangzhou’s Baiyun District. The couple was buying industrial salt in bulk and then reselling it as “iodized table salt.” Read those labels!

Whoever thought that anybody would go so far as to fake green peas? Well, consider us shocked. Undercover investigators recently discovered snow peas and soy beans treated with green dye and sodium metabisulfite, a toxic preservative, being sold in China as their tasty green counterparts.

China Daily reported that the peas were “an unnatural color and had a penetrating odor. After 20 minutes of cooking,” they explained, “the peas did not turn soft, but the water turned green.”

The only way to truly avoid weird and dangerous contaminants is to read food labels and buy local. You’ll never have to worry that your dinner contains mud, plastic, or cancer-promoting pesticides ever again.

Now that’s something to strive for!