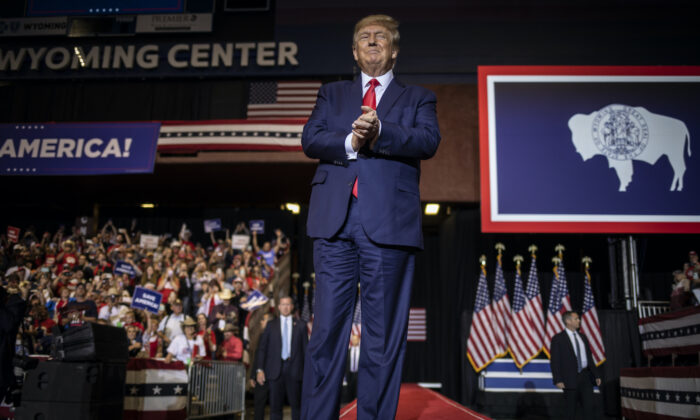 As Rep. Liz Cheney’s (R-Wyo.) primary comes Tuesday, the majority of House Republicans who voted to impeach President Donald Trump for the second time a week before the end of his term in January 2021 have faltered in their reelection.

Several polls show Cheney is behind by double-digits in Wyoming’s GOP primary for the at-large congressional seat, with one showing she’s down about 30 percentage points to Trump-endorsed Republican challenger Harriet Hageman.

After Cheney voted to impeach Trump for a second time, she’s been essentially the face of the Jan. 6 House investigation and has drawn significant condemnation from other Republicans.

“Ever since I was first elected to this seat I have done my very best to serve my home region and our country,” Beutler said in a statement after her defeat. “Though my campaign came up short this time, I’m proud of all we’ve accomplished together for the place where I was raised and still call home.”

Gonzalez had drawn significant criticism from Ohio’s Republican Party, who censured him and called for his resignation last year.

Gonzalez “resorted to emotional conclusions that misplaced blame on President Trump, the President of Law and Order and America First,” the GOP’s resolution read. “We believe that Congressman Gonzalez knowingly and willfully violated his oath of office.”

Rep. Adam Kinzinger (R-Ill.), another prominent figure on the Jan. 6 House committee, similarly announced that he would not seek another term in the House. Kinzinger, who rode Tea Party momentum to secure his initial bid for the House in 2013, has been one of the most prominent critics of Trump next to Cheney in the House GOP.

Since Trump took office in 2017, the lawmaker has often appeared on CNN and other legacy news outlets to denigrate the former president.

During a CNN interview, Upton conceded that Trump has a significant hold on the Republican Party.

Trump has “had a number of decisive wins where he’s endorsed candidates that they have won,” Upton said of Trump on CNN’s “State of the Union” program in June. “He’s had a few losses as well, but he certainly entertains a majority of the Republican base and will be hard to stop,” he added.

Rep. John Katko (R-N.Y.) announced earlier this year that he would retire from the House. However, he denied claims that his vote to impeach Trump played a role.

“I was quite certain, even with the redistricting that was done in New York state, that I had a path to victory,” Katko told the Washington Post in March.

Rep. Peter Meijer (R-Mich.), a member of the wealthy Meijer family that owns the eponymous supermarket chain, became the second pro-impeachment Republican defeated in their primary. He lost several weeks ago to Trump-backed candidate John Gibbs.

“After we got the good news and the race was called, we did get a call from President Trump, who just wanted to congratulate me,” Gibbs told WZZM.

“He was very excited and said get back to work hard real soon, because it’s going to be tough going into November, and we know that, and we’re gonna be ready for it, so I think it’ll be a good race.”

Rep. Tom Rice (R-S.C.) became the first pro-impeachment Republican to not survive a reelection bid earlier this year. Rice was trounced by more than 25 percentage points by Republican challenger and former state Rep. Russell Fry, who was endorsed by Trump.

Rep. Dan Newhouse (R-Wash.) was able to beat back GOP challengers during the primary election last week and became one of just two pro-impeachment House Republicans to survive their primary challenge.

The only other pro-impeachment Republican to survive was Rep. David Valadao (R-Calif.), who advanced from the primary in June.

He will face California state Assembly member Rudy Salas, a Democrat, in a newly drawn congressional district. Trump did not endorse a challenger to Valadao, who voted to impeach Trump in early 2021—a day after Valadao was sworn into office for a second time.