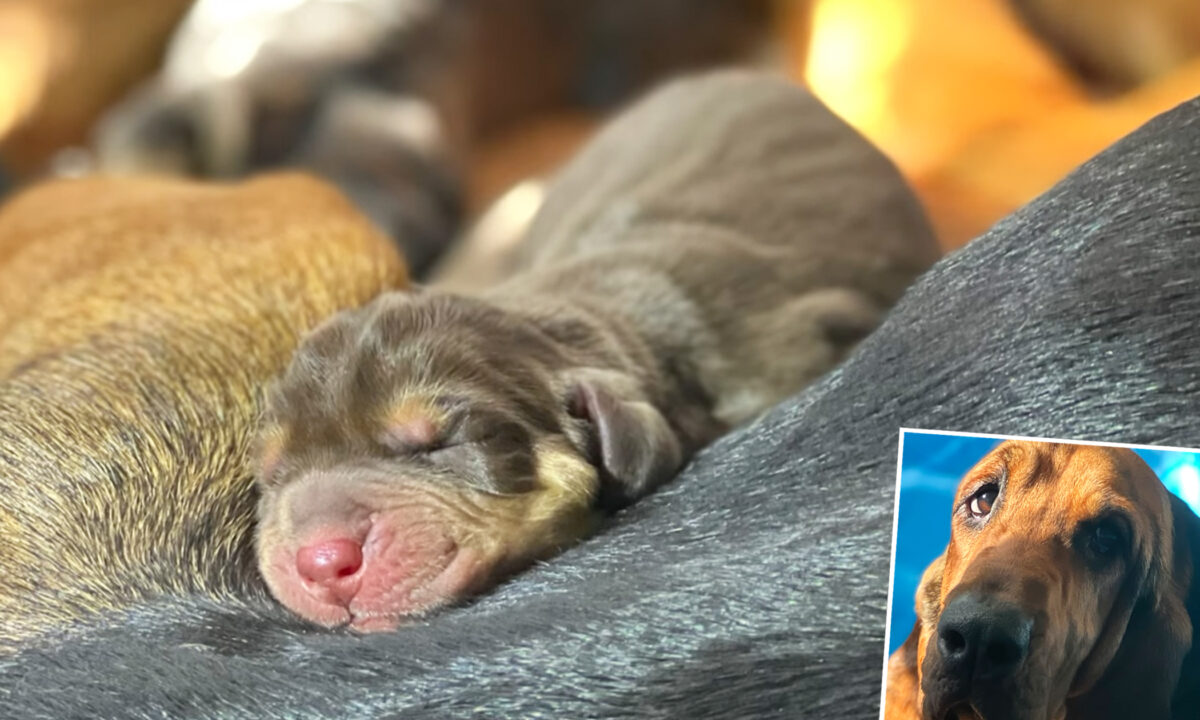 A Florida police department has welcomed ten new members to its team—a litter of adorable bloodhounds.

At the end of October, Brevard County Sheriff’s Office (BCSO) announced in a Facebook post that their K-9 Daisy Mae had safely delivered ten puppies to their agency, making her a proud new mom.

Brevard County’s K-9 Unit has a special mission to maintain a “tremendous team of Bloodhounds that are trained to search for missing children and seniors.”

In recently breeding their own bloodhounds, they’re supporting other agencies across the United States that are in need of support from these dogs— helping save countless lives each year.

“While the majority of the new pups will be trained by our K-9 Unit to search for missing children and seniors with Alzheimer’s,” Sheriff Wayne Ivey wrote in the post, “two of the pups will take on a new role that helps to provide education and awareness to parents and children about the amazing abilities of Bloodhounds!!”

Officer Ivey explained that two puppies from the litter—one male and one female—will become part of an outreach initiative.  The BCSO’s partner Brevard Zoo will handle the pair of puppies as part of its new “Bloodhound Exhibit,” which is aimed at teaching visitors all about the incredible abilities of bloodhounds, in addition to providing parents with the resources they need to build their own “child safety kit” to help keep their kids safe.

“This new exhibit has been in the works for about 6 months,” Officer Ivey said, “and was only waiting on one thing to get started…Daisy Mae becoming a mom!!

Daisy Mae was bred with one of the agency’s beautiful male bloodhounds, named Blue. Members of the K-9 Unit stayed by Daisy Mae’s side through the night as she gave birth to the litter, and now “the pups are all doing great.”

Officer Wayne, who describes himself as someone who travels every day of his life with a bloodhound, is very excited for Daisy Mae and BSCO’s newest members.

“Trust me when I tell you that they are the 10 best looking deputies you will ever see!!” he said.

Bloodhounds are known to be intelligent, gentle, and affectionate in temperament. Equipped with one of the most potent senses of smell in the canine world, they make good detectives.