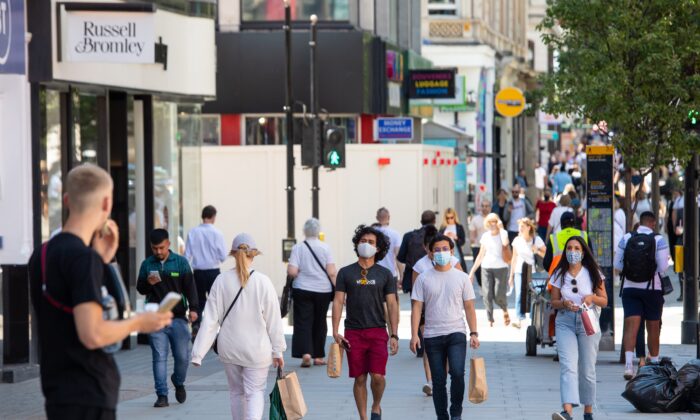 One in 10 British businesses have raised prices to offset increasing costs caused by the supply chain crisis, official data show.

In the last two weeks, 10 percent of UK businesses reported the price of goods or services sold increased more than normal price fluctuations, up from 8 percent in mid-August and 4 percent in late December, according to data released by the Office for National Statistics (ONS) on Thursday.

Nearly a third (29 percent) of companies have seen a higher-than-normal increase in the cost of materials, goods, and services, with construction, services, and manufacturing firms the worst hit.

It comes amid mounting signs of rampant inflation in the UK, with energy prices rocketing and prices rising more generally in the economy.

The price rises have been exacerbated by labour shortages, as businesses struggle to fill vacancies.

According to the ONS data, 41 percent of UK businesses with 10 employees or more reported vacancies being more difficult to fill in the last month compared with normal expectations for this time of year.

Among businesses that reported how their importing had been affected, 22 percent said the lack of hauliers to transport goods or the lack of logistics equipment had posed a challenge to their business activities in early September, compared with 11 percent in April.

In his speech at the Conservative Party Conference on Wednesday, Prime Minister Boris Johnson defended his strategy of restricting the supply of foreign labour after Brexit, and said his government is trying to move the country towards a “high-wage,” “low-tax” economic model.

But Conservative think tanks have blasted his economic plan, which they say will only lead to further price rises and worse labour shortages.

The institute’s Head of Research Matthew Lesh said, “Hiking the minimum wage risks locking the most vulnerable out of a job while increasing inflationary pressures.”

Even the Institute of Economic Affairs (IEA), a conservative think tank that has supported a hard Brexit, criticised Johnson for “unnecessarily restricting the supply of labour.”

Mark Littlewood, IEA’s director general, said: “Unnecessarily restricting the supply of labour may lead to wage increases, but these will be passed on in price increases. A strategy to make things more expensive will not create a genuinely high wage economy, merely the illusion of one.”