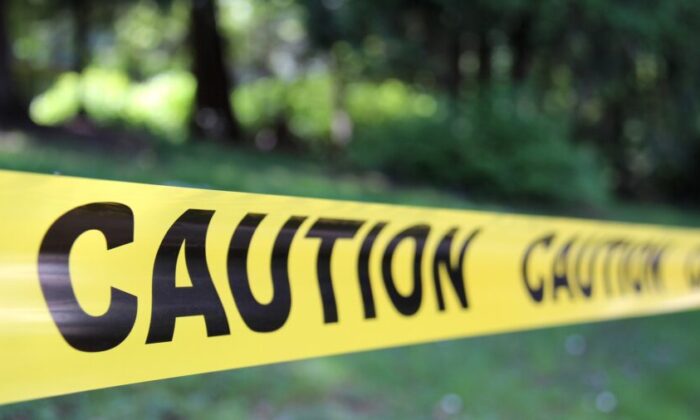 Police tape is seen in this stock photo. (Simaah/Pixabay)
Crime and Incidents

Authorities said that one person was killed and two others were injured in a shooting inside an Aurora, Colorado, church on Friday evening.

The suspect was identified by police as Jose De Jesus Montoya Villa, 31, according to news reports on Sunday.

The “exact relationship is not going to be released at this point,” Longshore said at a news conference. “It wasn’t just a random shooting inside this church,” he added.

The woman died at the scene, police confirmed. Two men who were shot were taken to a nearby hospital and are expected to survive.

Police told 9News that there were approximately 15 to 20 people inside the church when the shooting occurred.

Churchgoer Javier Orduna told local media that he was inside the church when the shooting unfolded.

“They are recovering. Some have had surgeries the others are just recovering but they are going to fight this,” Orduna told CBS4. The woman who died, he said, was considered a dear member of the church.

“What I can say for sure is the person closed their eyes in church and opened them in heaven,” Orduna said.

Officials are offering a $2,000 reward for information leading to the arrest of Montoya Villa. Officers have a warrant charging him with first-degree murder, Longshore said, according to The Associated Press.

The names of the victims have not been released. Police have not released a motive in the case.